Food comes first. It’s the first thing I think of when I roll out of bed in the morning. It was the first question my father asked my mother at breakfast when I was a child. “What’s for dinner tonight?” Her answer guided his choice of wine, pulled up from the cellar below, and later in the day, the vegetables he would bring in from the garden.

Now, some 30 years later, dinner is still the first thing that crosses my mind as the light seeps in, too early each morning. What are we going to eat for dinner tonight? Usually I cook twice – once earlier in the evening for my three young children – and later for my husband and I and any guests. To a certain degree we all eat the same thing. The one constant is that we all eat lots of vegetables.

I grew up in an amazing place. We moved to Pashley Manor when I was eight and the house was a near-ruin. Over the years my parents restored the house and then turned their attention to the gardens that surround it. Many weekends were spent cutting up fallen trees, picking pieces of shattered glass houses out of the ground or re-distributing frogs from an old well.

The award-winning gardens at Pashley have been open to the public for over 20 years. And while I’ve loved the tulip festivals and the magnificent roses, lost myself in the scent of lilies, it’s the well-ordered and incredibly productive kitchen garden that brings me back time and again. During the season, the half-acre Victorian walled garden produces enough food to feed hundreds of guests in the garden restaurant, and a cornucopia of goodness for anyone staying in the house overnight.

The garden’s soft pink brick walls radiate heat in the summer months, ripening the berries, pears, figs and tomatoes that grow alongside it. They neatly contain rows upon rows of vegetables and bristling heads of parsley, thyme, rosemary and other herbs. Occasionally they shelter the odd rabbit that wreaks untold damage overnight, but mostly they offer protection to good, delicious things to eat.

My parents have cooked with all these good, fresh things for years. Slap a bunch of leeks on the countertop before my mother and she’ll rattle off ten delicious things to make with them.  Just a few hours after a recent trug of gooseberries appeared in the kitchen, she produced a gooseberry mouse, paired with a jelly made from sparkling wine in which whole fruit floated like balloons in a summer sky. 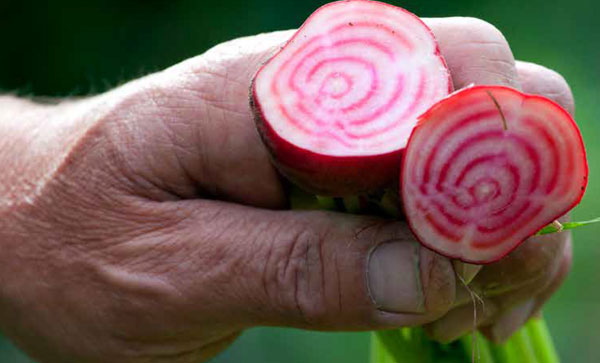 Follow my food blog, Fresh from the Garden, on this site, for recipe ideas from the garden and kitchen table at Pashley Manor and my own kitchen in Canada.